On this page, you will learn how to edit the vertices of an ArtMesh selected with the [Selection Tool] and the split points of a warp deformer.

The selected ArtMesh vertices can be “moved”, “rotated” or “scaled” to deform the texture.

Select with the arrow tool. (When selected once)

Transformation with arrow tool or lasso

Deformed ArtMesh can be restored to their original shape.

1. Select the appropriate ArtMesh.
2. Select the key you wish to restore to the original state.
3. Click on the [Modeling] menu -> [Edit Shape] -> [Revert to Original].

Adjusts the split point of the selected warp deformer so that it is smooth based on the bezier handle position.
It is also useful for correcting the collapse of division points while deforming. 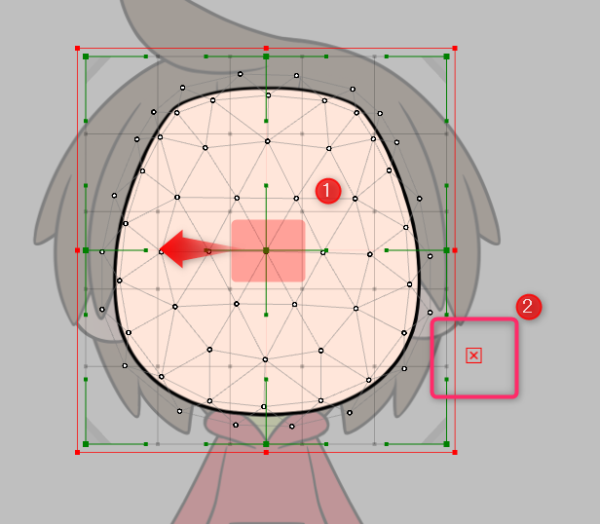 If the bounding box is interfering with deformation of the deformer or ArtMesh,
it can be temporarily erased by pressing the X button (2) in the lower right corner. 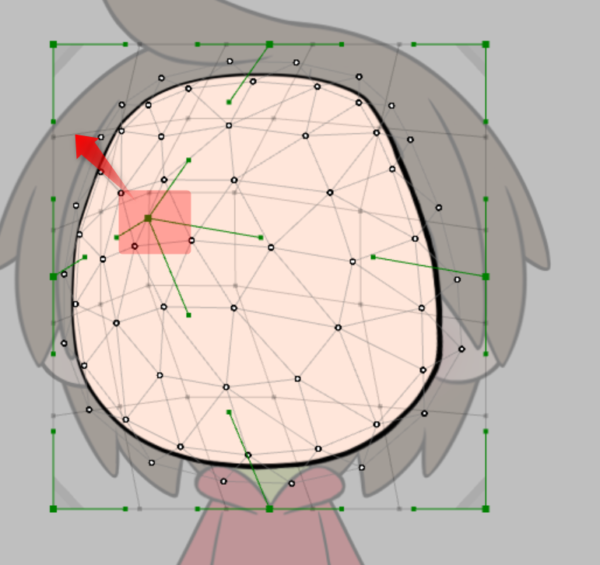 Bounding boxes that have been temporarily erased can also be made visible again from the [Show] menu.

Show/Hide can also be set by shortcut. 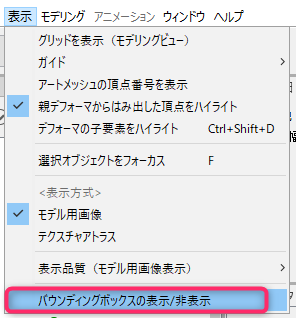 Deformation and rotation of bounding box

The bounding box that appears when an ArtMesh or warp deformer is selected can be deformed and rotated.
If the X key is pressed with the bounding box displayed, the border color turns green. 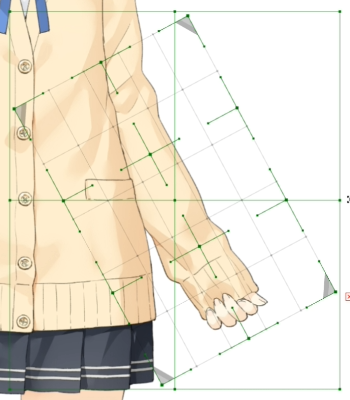 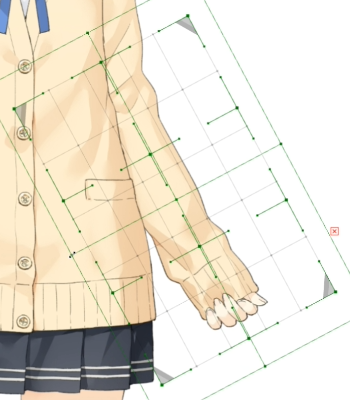 This is useful when you want to apply a deformation to an object tilted at an angle, such as an arm.

Please refer to the tutorial page “Introduction of Useful Functions” for a video explanation of how to use this function.