What is form animation?

Form animation is a convenient function for video production that allows you to directly edit the model form on the animation editing timeline without using parameters.

You can freely transform the object without affecting the model data.
You can interact with objects directly on the timeline to keyframe form animations.
It is also possible to fine-tune the timing with the time remap function.

TIPS
Form animation cannot be exported to the SDK because it is a function dedicated to the target “video”.
Be careful when creating data for embedding.
(The contents of the form edit are not reflected even when checking the movement in the physics calculation / scene blend setting.)

Load the can3 file and click the [Start Form Editing] button on the model track. 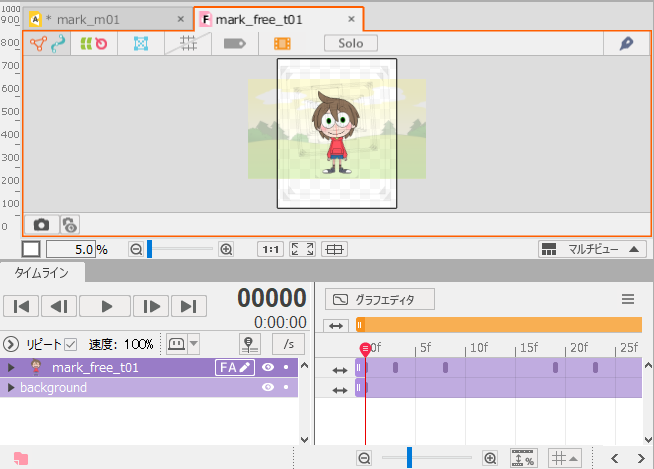 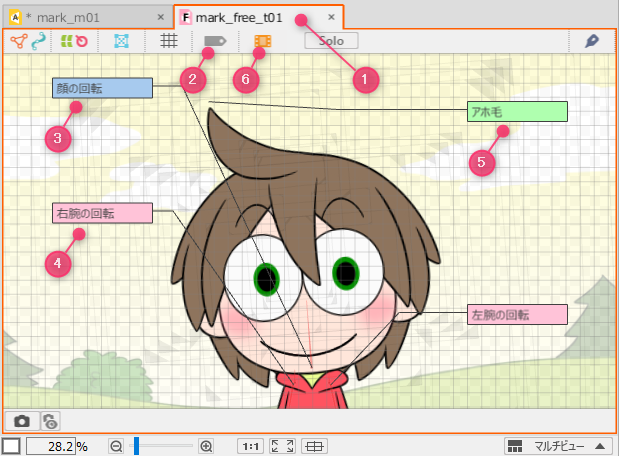 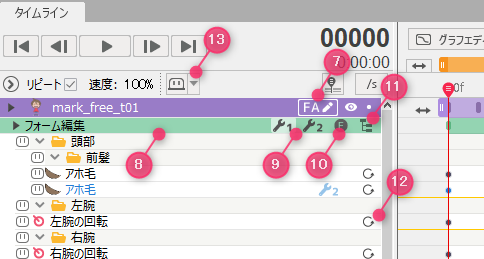 However, changing the display state or lock state of the part affects the model data, so
If you want to keep those changes in the form animation view, you need to save the model data as well.

Change the structure of an object

Changing the structure of the model data to which the form animation is applied may affect the form.

After the change, recovery will be performed automatically, but since the structure will change, the shape may be slightly different, so check the changed part.
(Please note that you will not be able to undo the previous operation of the animation at that time.)

Model data will be automatically recovered when changes are made in the following cases.
• Mesh reorganization of ArtMesh
• Change the number of divisions in the warp deformer conversion
• ArtPath control points, etc.

Change the parent-child relationship of the deformer

Basically, it is recommended that you do not change the parent-child relationship of the deformer after editing the form,
If you need to modify the model data, please note the following points.

To work around this issue, display the following warning if the direct parent deformer changes and discard the form edit information.
(Please note that you will not be able to undo the previous operation of the animation at that time.)

The problem does not occur unless the direct parent deformer of the object to which the form edit is applied has been replaced.

TIPS
The above is an example of the warp deformer of the direct parent of ArtMesh,
The same is true for the deformer's direct parent deformer.