By setting a rotation deformer on the object's parent, the object inside can be rotated.
To operate, drag the tip to adjust.

* Please see the “Repeat” page for instructions on how to rotate the deformer once. 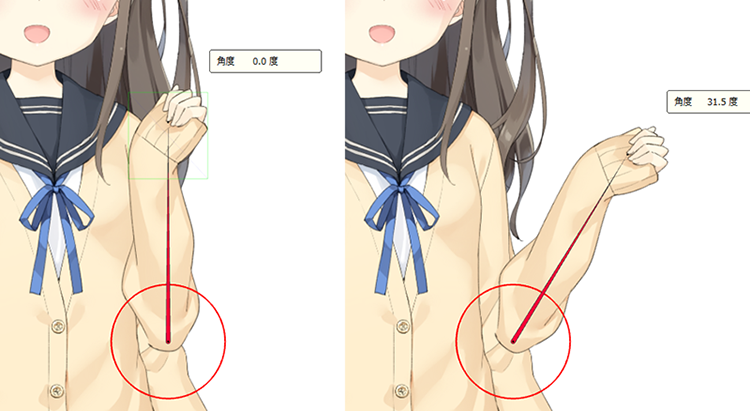 The object can be scaled by adjusting the round “scale handles” on the rotating deformer. 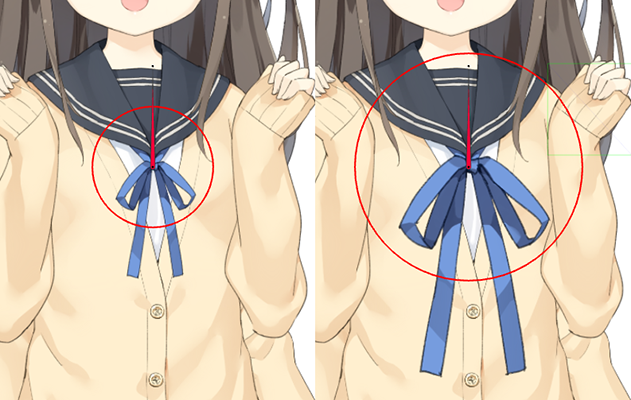 2. Enter a name and press the Create button to return to the canvas. 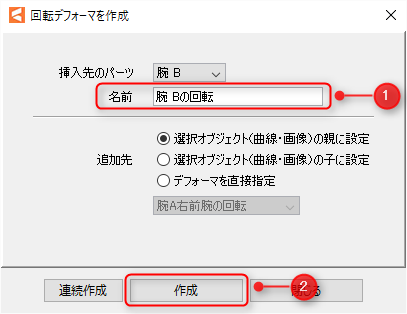 3. Rotate deformer position and angle to match the object on the canvas.
To adjust the length of the rotating handle, use Alt + Drag at the end of the handle. 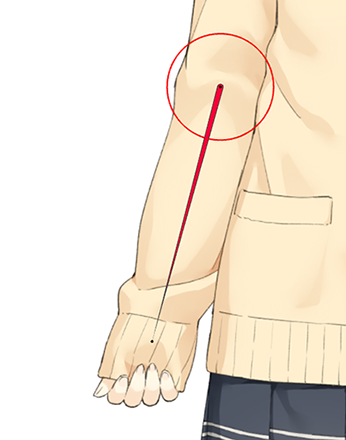 4. Select the object -> Select the created rotated deformer from the “Deformer” in the inspector palette -> Set as parent. 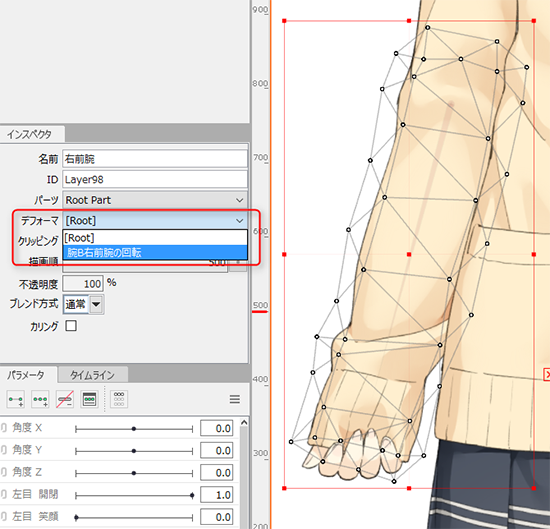 That is all for the settings.
Let's check the settings by moving the handle of the rotary deformer.

After setting the parent, Ctrl + Drag can be used to adjust the position and angle of the rotation deformer, and Alt + Drag to adjust the length of the handle. 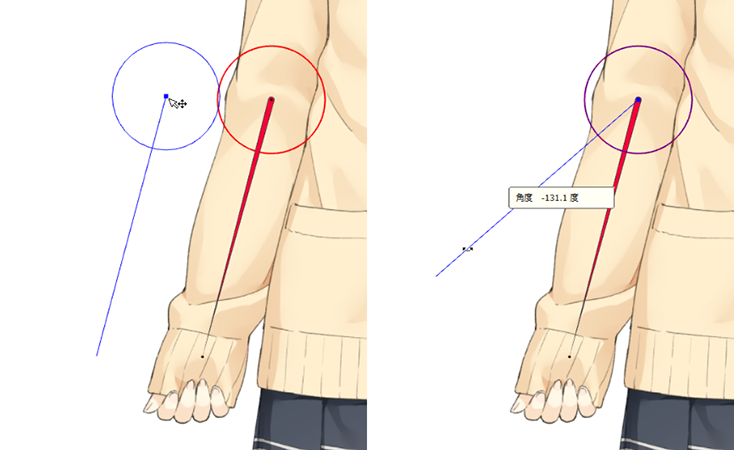 How to use the Rotate Deformer Creation Tool

This tool allows you to instantly create a rotational deformer by dragging and dropping.
Drag an object while it is selected.
Names and other information will be added later, but parent-child relationships, rotational deformer orientation, and length will also be created immediately, so use them according to your application.

You can hold down a key on the keyboard and drag to edit the rotation deformer without affecting the children.
For more information, please refer to the chart below.