By setting the object's parent to a warp deformer, the object inside can be deformed.
Size and opacity can also be adjusted.

Multiple objects can be deformed together in a warp deformer, which is useful for adding movement to swaying objects or changing the direction of a face.

2. Enter a name and set the number of divisions for the Bezier and for the transformation.
Press the [CREATE] button to return to the canvas. 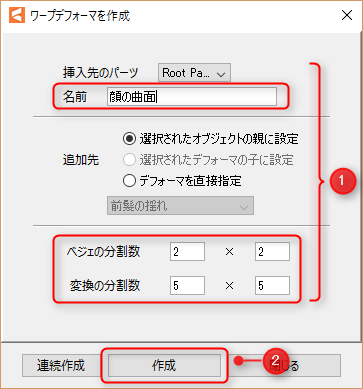 3. Adjust the position and size of the warp deformer to fit the object on the canvas. 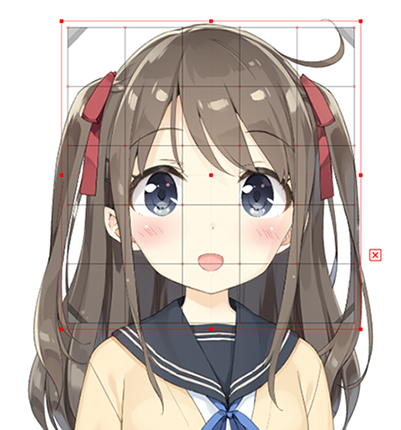 4. Select the object, choose the warp deformer you created from the “Deformer” in the Inspector palette, and set it as the parent. 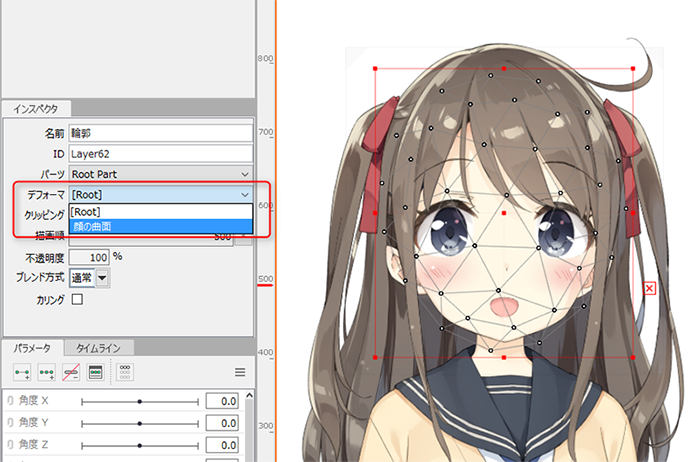 You are now ready to set up your warp deformer.

You can quickly set up a deformer by pre-setting the parent-child relationship in the [Create Warp Deformer] dialog.

Also, if you create a warp deformer using this procedure, it will automatically be set as the object's parent. 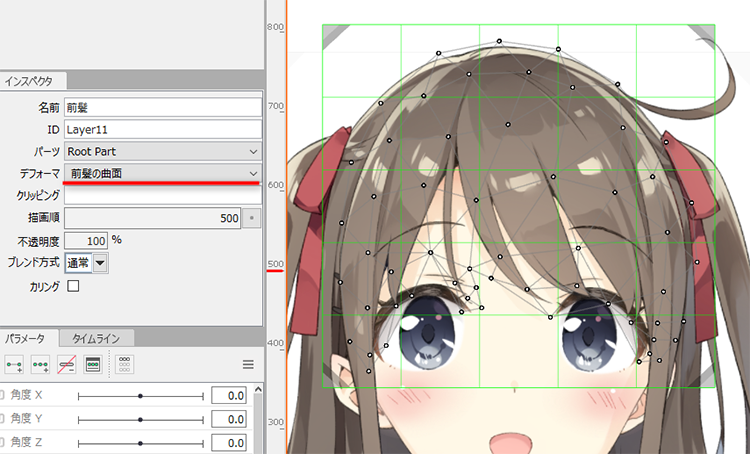 Number of divisions of Beziers and transformations

When creating a warp deformer, you can set the number of bezier divisions and the Number of conversion divisions.

The number of bezier divisions represents the number of divisions separated by editable control points.
The larger the number, the more control points and handles are available for detailed deformation.
However, it is important to note that this may increase the amount of time and effort required to make adjustments.
Normally, “2 x 2” to “3 x 3”, etc. are used.

Sets the number of horizontal x vertical divisions. The greater the number, the more deformations follow the deformer shape.
Normally, the setting should be set to “5 x 5” because a large number of settings may result in heavy operation due to the large number of calculation processes.

POINT
Intersections (split points) of the number of divisions in a conversion can now be edited directly from Cubism 3.

Deformer editing can be performed by switching between three levels.
The default Level edit is [2].

[Level edit 1]
In this mode, only the intersections of the number of divisions in the conversion, the [split points], can be edited.
The control point will be hidden and used for fine adjustment. 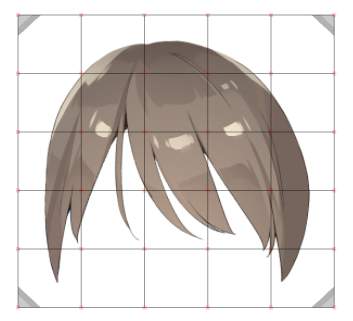 [Level edit 2]
This mode allows you to edit all of the [control points] and division points at the intersection of the set number of bezier divisions.
This mode is set by default. 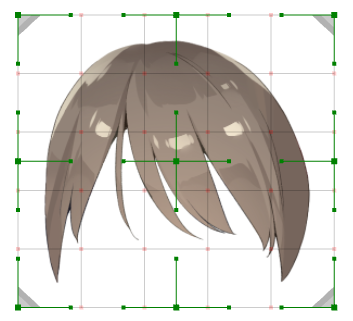 [Level edit 3]
This mode allows you to edit all of the [control points] and division points at the intersection of the number of divisions of a 1 x 1 (outer frame only) Bezier.
Use when you want to edit in a large frame. 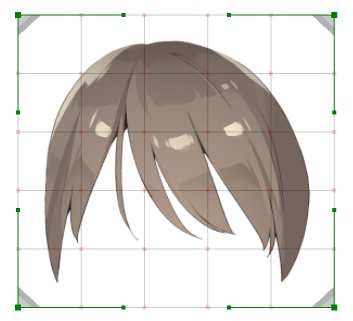 In warp deformers up to Cubism 2 and Cubism 3.2, when parsing to a trapezoidal shape to create a three-dimensional effect, etc.,
in some cases, distortion occurred. (especially the straight part)

Starting with 3.3, the warp deformer deformation algorithm has been revised to allow for more beautiful deformations. 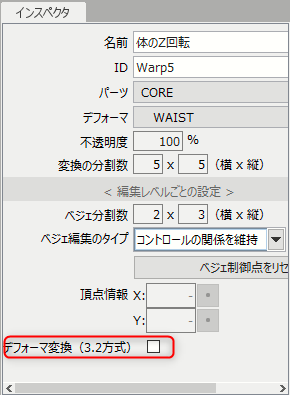 However, if adjustments are made to accommodate distortion, such as models created up to 3.2, the appearance may change.
This new method is available from 3.3, but you can choose whether to use the old method or the new method, so
switch according to the application.

The new method can be used with the SDK without concern, as there is no difference in operating speed from the previous deformer.

By holding down a key on the keyboard and dragging, you can edit the warp deformer without affecting the children.
For more information, please refer to the chart below.