Cubism allows you to deform objects by moving individual mesh vertices to change the direction of a character's face or to add arm movements.
However, it is very time-consuming to manually move the vertices one by one to create the shape.
Use deformers to edit vertices together and create shapes with less effort.

Deforming a deformer with a mesh in a warp deformer also deforms the mesh inside.
Size and opacity can also be adjusted.

By placing the mesh in a rotation deformer, it can be rotated by specifying an angle.
Size and opacity can also be adjusted.

For more information, please refer to the “Rotation Deformer” page. 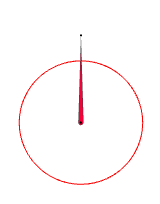 Positioning deformers can be used when copying and pasting objects or importing and exporting parts.

It will be inserted automatically as needed.
It allows objects with assigned parameters to be easily moved, scaled, and rotated together,
improving convenience with respect to post-copy-and-paste operations.

However, the deformer for positioning is only created temporarily and should be deleted once the position is determined.
For more information, please refer to the “Copy and Paste Objects” page. 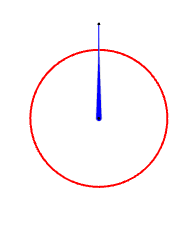 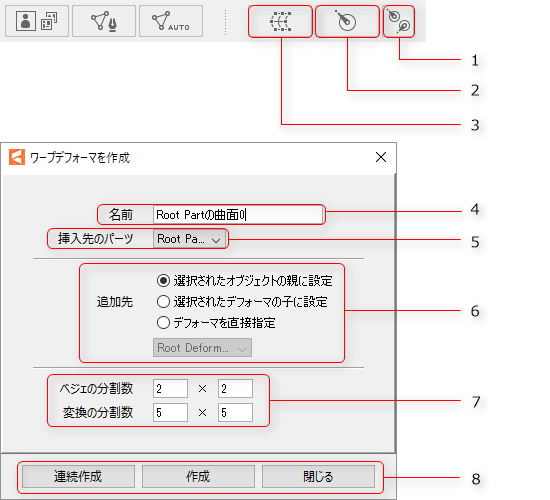 *1 The number of divisions setting is displayed only for warp deformers.

Linear interpolation is simply explained as the interpolation of two points with different coordinates by connecting them with a straight line.

Mechanism of reduction by linear interpolation

If you try to rotate the ArtMesh or warp deformer significantly, the interpolation will have a shrunken shape as shown in the image above.
This is because each vertex goes through a contracted form once to move along the shortest route connected by a straight line.
If you want to rotate an object without changing its shape, use a rotation deformer.