Objects such as ArtMeshs and Deformers can be copied/pasted and blended with forms.

This is a limited feature of the PRO version.

With the object selected, click [Modeling] menu -> [Edit Form] -> [Copy Form].
This allows you to copy the form of the current object.

TIPS
[Copy Form] is a copy-time parameter that copies the form of an object and is used to paste the form into other parameter keys.
The object to which the copied form is pasted must be the same as the copied object.
You can copy/paste even different models if the original model is the same and the objects are the same, such as copying the file itself in Explorer.

Click [Modeling] menu -> [Edit Form] -> [Paste Form].
By doing so, it can be transformed into the copied form.

Blending allows you to paste forms while adjusting the degree of application.
Click on the [Modeling] menu -> [Edit Form] -> [Blend Form].
By doing so, the form can be transformed into a mixture of the copied form and the current object. 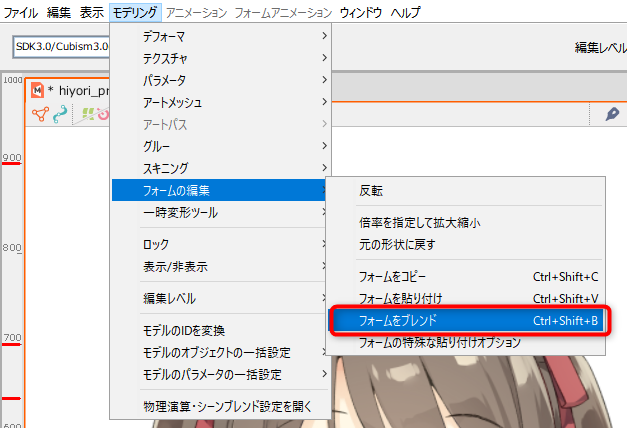 The amount of blending can be changed by entering a numerical value for the degree of application of the blend setting. 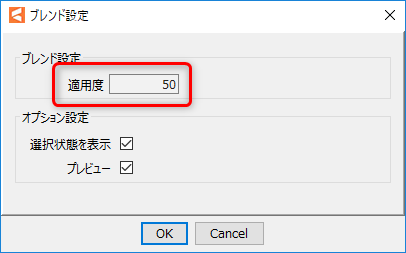 TIPS
Forms can be copied/pasted and blended on a per-object vertex basis. 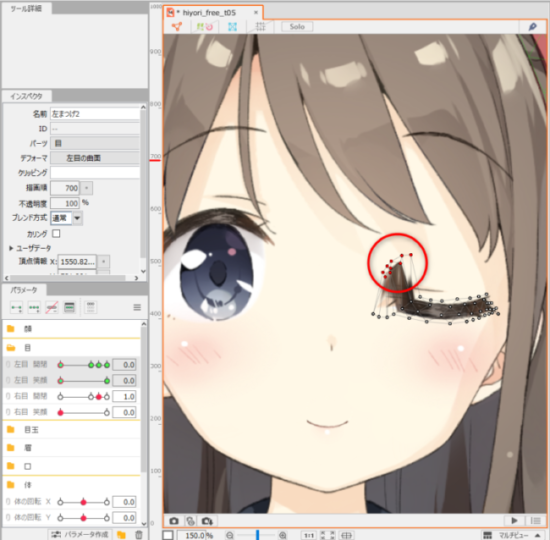 For an object such as an ArtMesh or Warp Deformer, another object can be copied and pasted form if it has the same number of vertices.
For ArtPaths, you can [Paste Form] along the copied form even if the vertex counts do not match.