Child deformers and ArtMeshes become overloaded and data heavy when vertices protrude from the parent warp deformer.
-> Points to keep in mind when establishing parent-child relationships

This section introduces a function to visualize vertices that stray from the deformer in an easy-to-understand manner.

Click on the [Show] menu -> [Highlight Vertices Which Stick Out From the Parent Deformer] to activate the deformer validation function.

If a vertex of a child deformer or ArtMesh extends beyond the parent warp deformer, the vertex color changes to light blue as shown below.

Although overhanging vertices do not cause problems in operation, it is recommended to adjust the model if overhang is detected during model creation.

If there is an outgrowth from the parent deformer, deformer verification can be used to identify the target vertex. 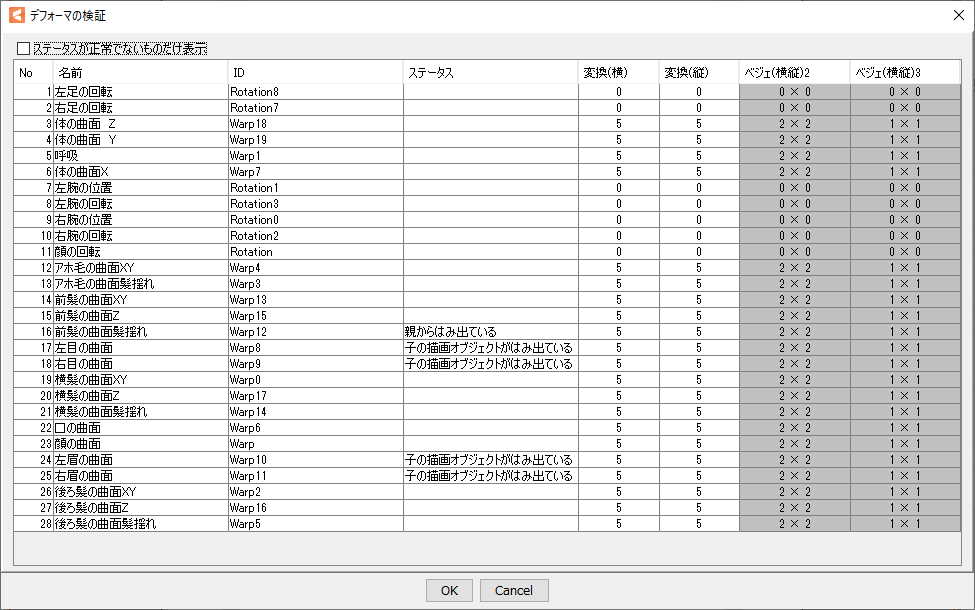 You can also narrow down the list by checking the “Show only those with out-of-status” checkbox in the upper left corner. 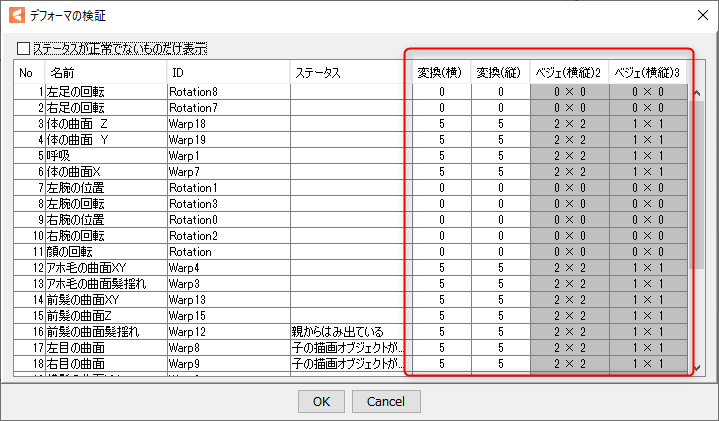 In addition, selecting a vertex to edit and clicking [OK] automatically selects the target vertex(s), making it easy to find the vertex(s).

From the Model Statistics dialog, you can detect and select empty deformers where the object is not set as a child.

The [Number of empty deformers] is displayed in the model statistics. 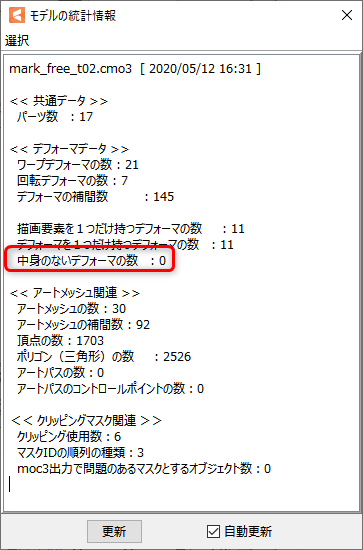 Click on the [Choose] menu -> [SELECT UNCOMPLETED DEFORMER] to detect the target. 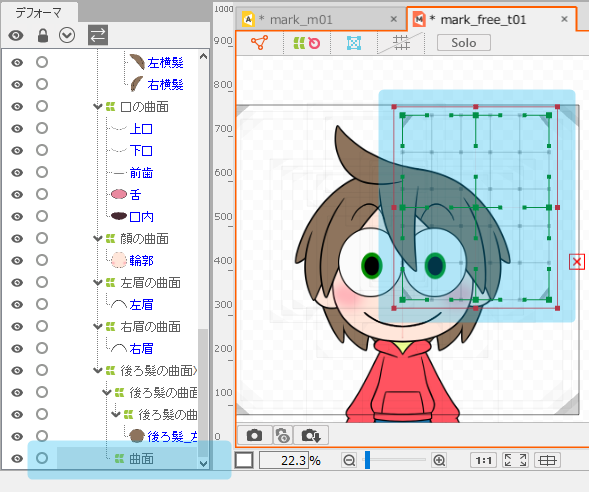 After the model is completed, unnecessary deformers should be removed.

When resizing the warp deformer, the deformer of the child elements will be displayed.
Click on the [Show] menu -> [Show Child Elements When Resize Warp Deformer]. 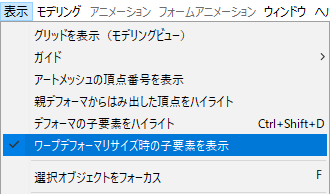 Holding down Ctrl while deforming the warp deformer causes the child deformers to appear in light red.

You can also set the color of the child elements. 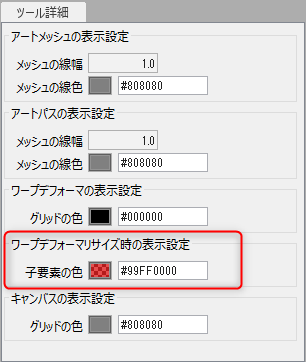