Live2D terms are explained with images and text.
A link to the manual site is provided below the text for a more detailed explanation. 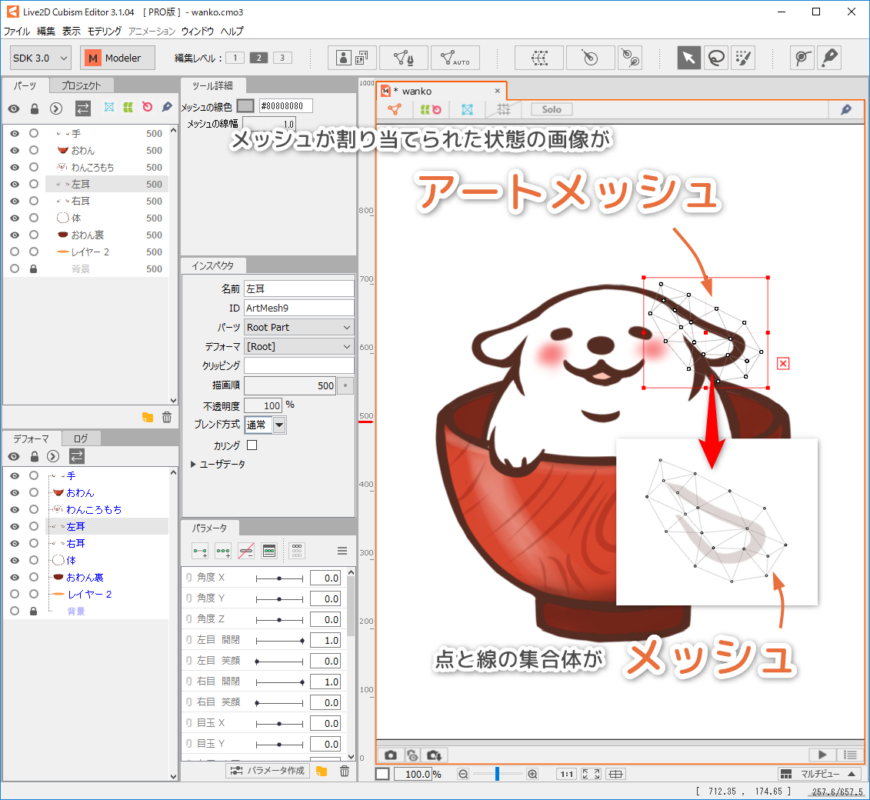 A set of triangles composed of vertices and lines is called a “mesh”.
PSD images loaded into Modeler are always placed on the canvas with this “mesh” assigned.
An “ArtMesh” is an image with a mesh assigned to it. 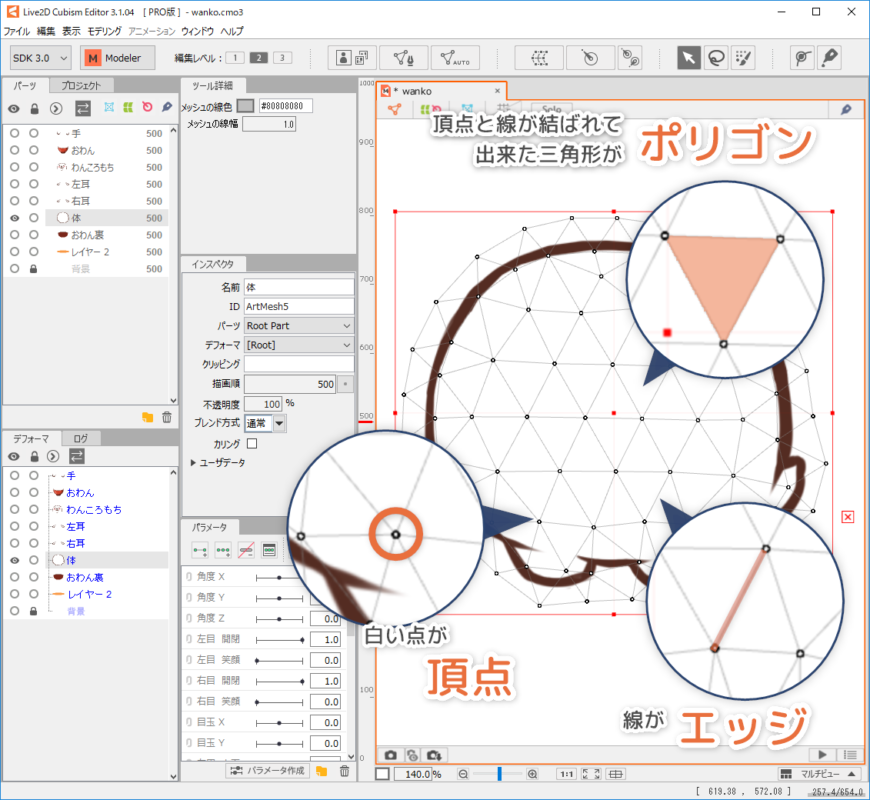 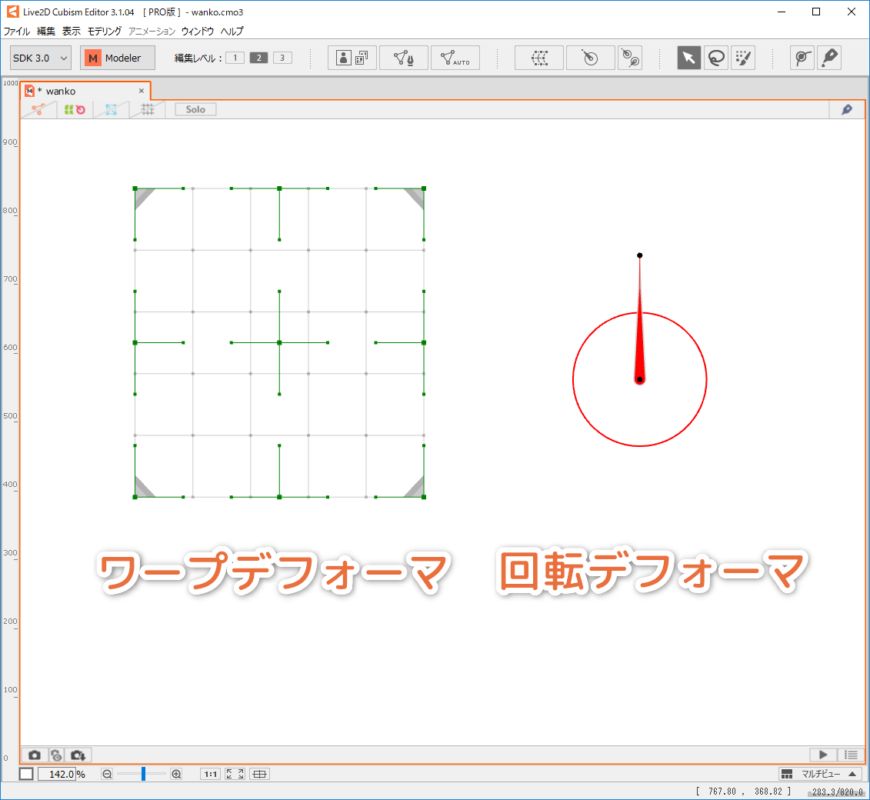 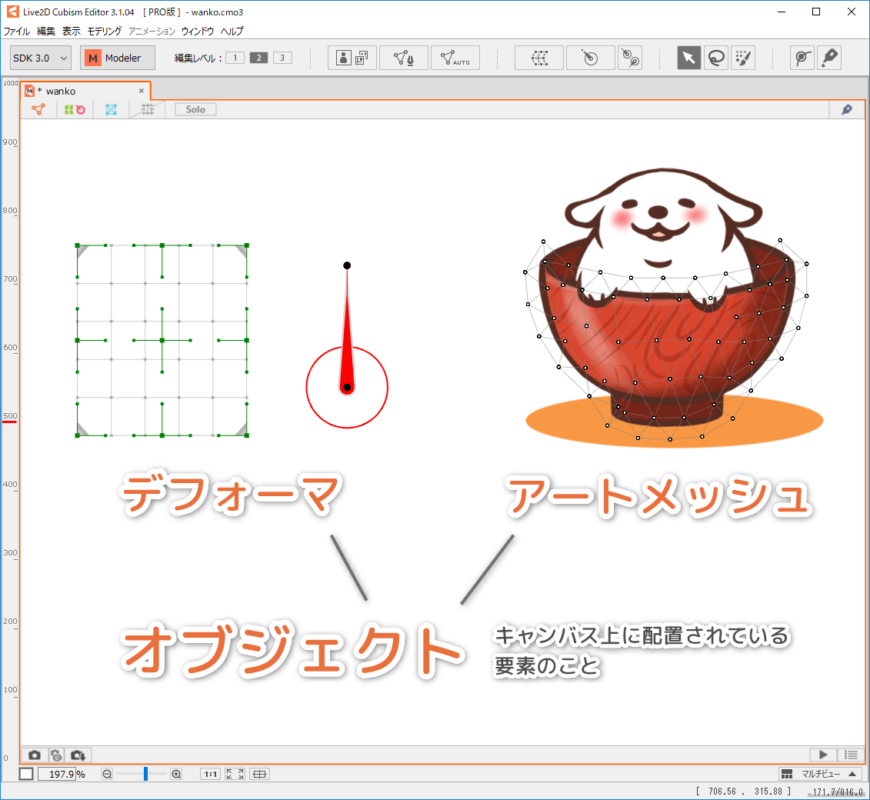 Each element placed on the canvas, such as an ArtMesh or deformer, is called an “object”. 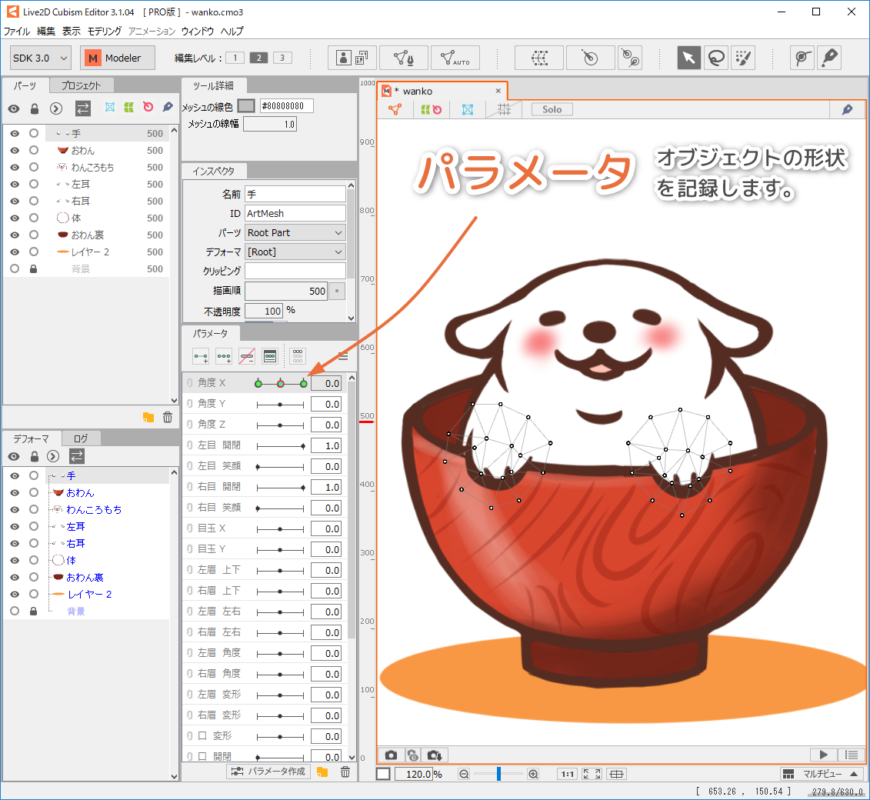 “Parameters” can be used to store the transformation, position, etc. of an object. 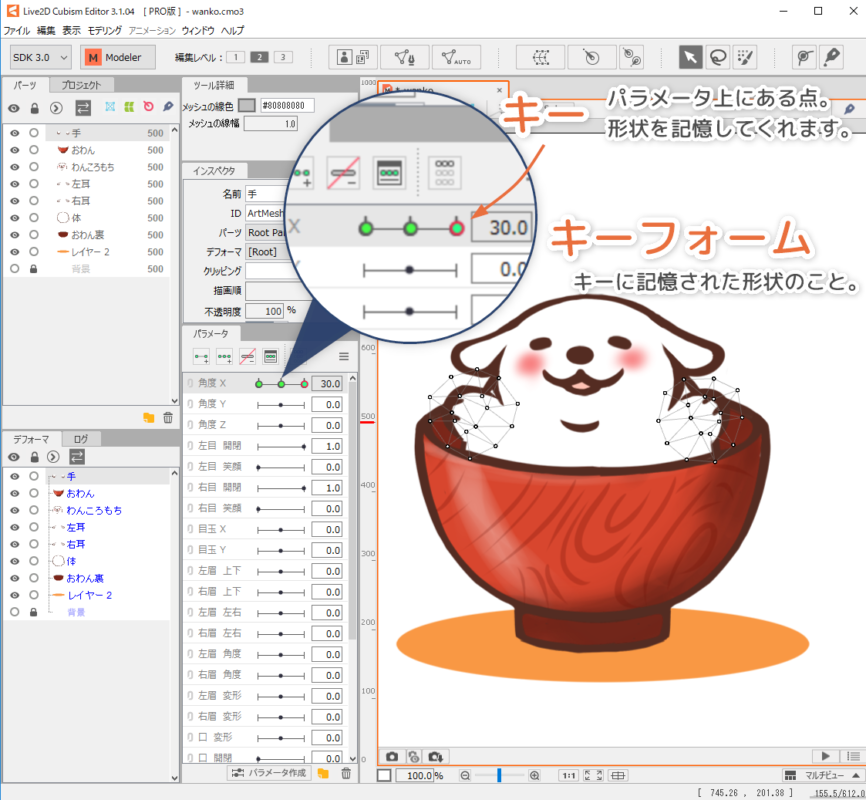 The point on the parameter where the shape is stored is called the “key”.
The shape specified by a key is called a “keyform”. 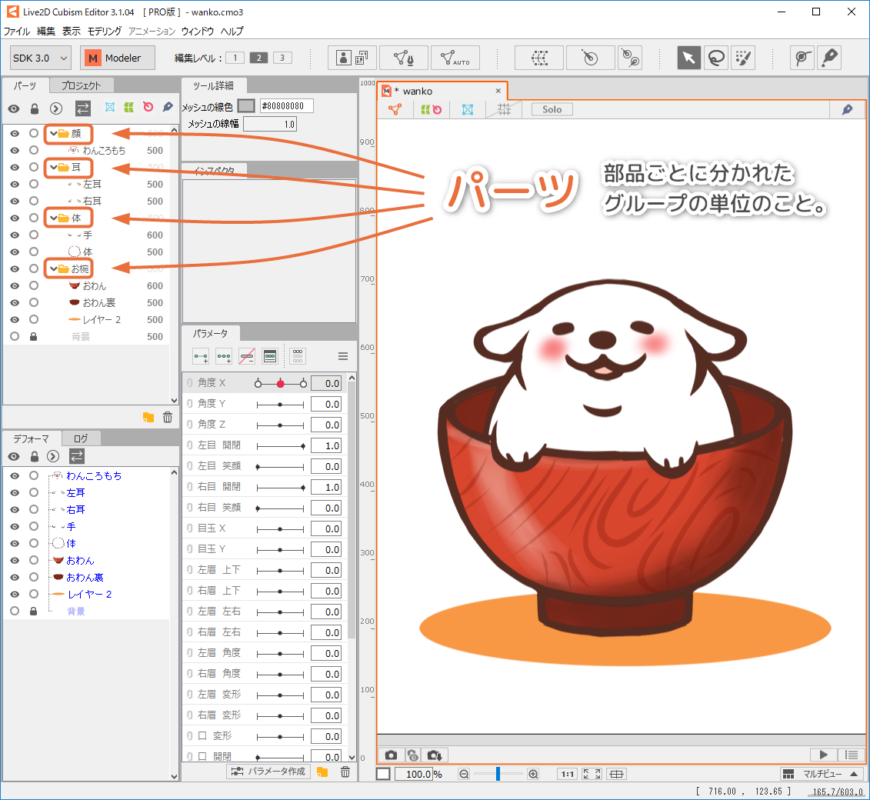 Groups of characters divided by their components (eyes, nose, etc.) are called “parts”.
“Parts” are displayed in the Parts Palette section. 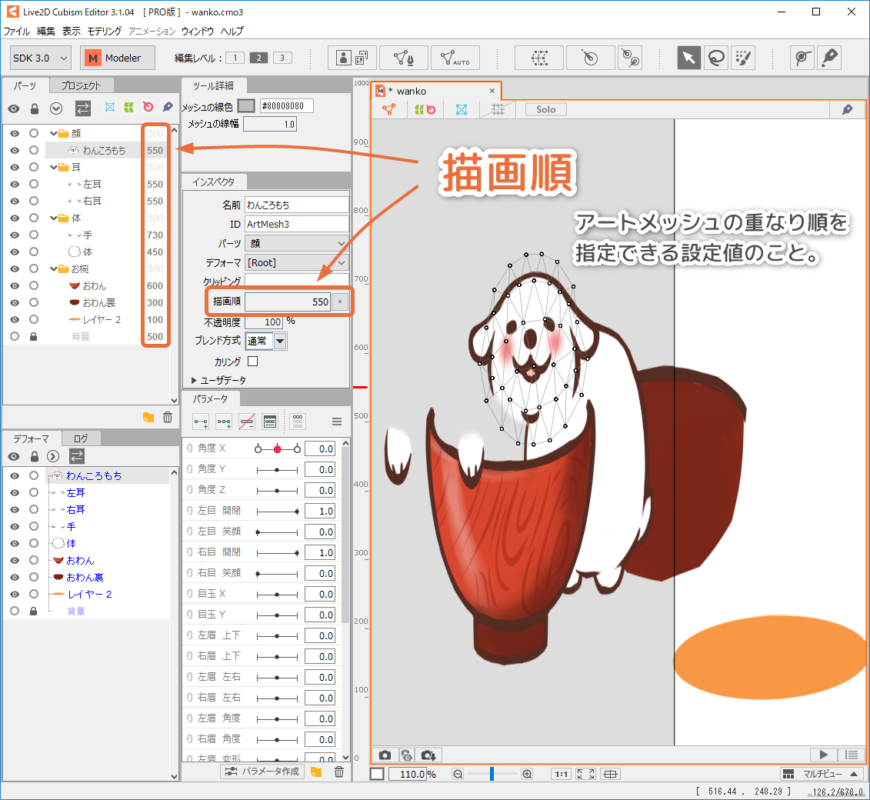 The value that specifies the order in which the ArtMeshes overlap is called the “Draw order”.
It can be set between 0-1000, the larger the value, the earlier it will be displayed. 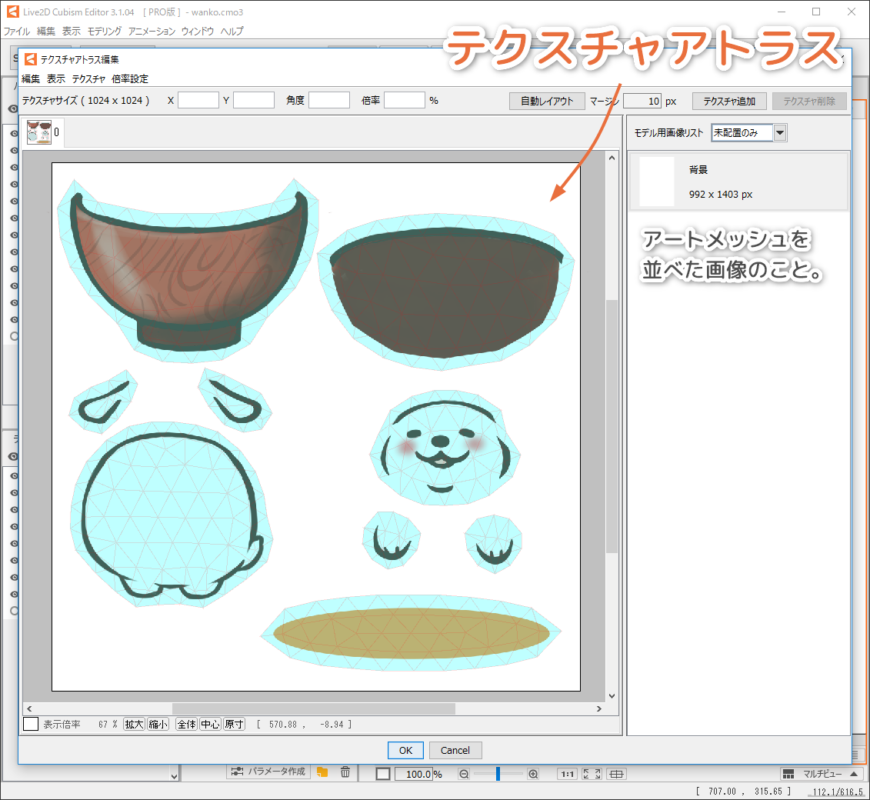 The image of the ArtMesh is called a “texture atlas”.
Typically, the format is PNG and the image size is created as n squares of 2.

This is required when exporting models for inclusion in the SDK or for Cubism 2.1.
(Not required for video applications.)