In this video, you will learn Live2D concepts using simple shapes.

I want to use Live2D, but I don't know how to do it.
I tried using Live2D for a bit, but I didn't really understand how to use it.

This video is designed for such people.

Below is a link to a manual with more detailed explanations in the video. 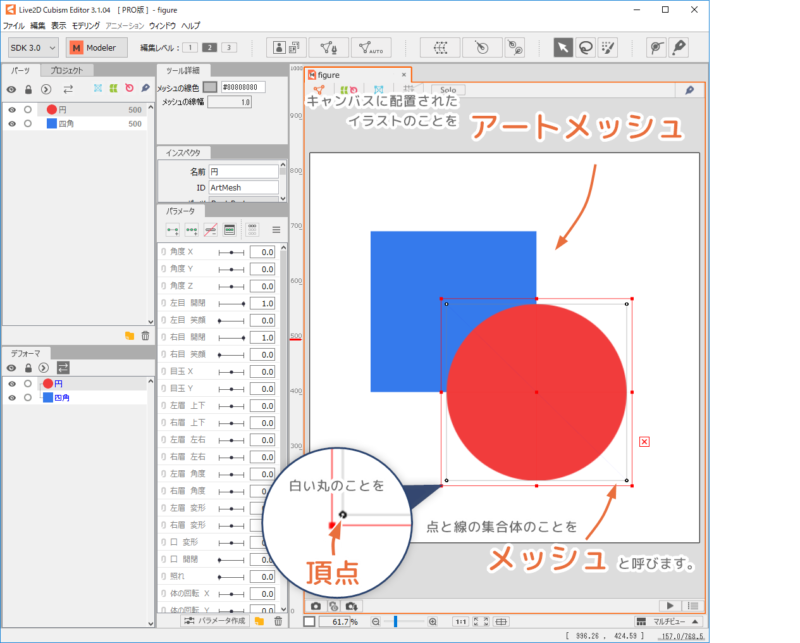 An illustration placed on a canvas is called an “ArtMesh.”
The ArtMesh is assigned a mesh when it is loaded into Editor. 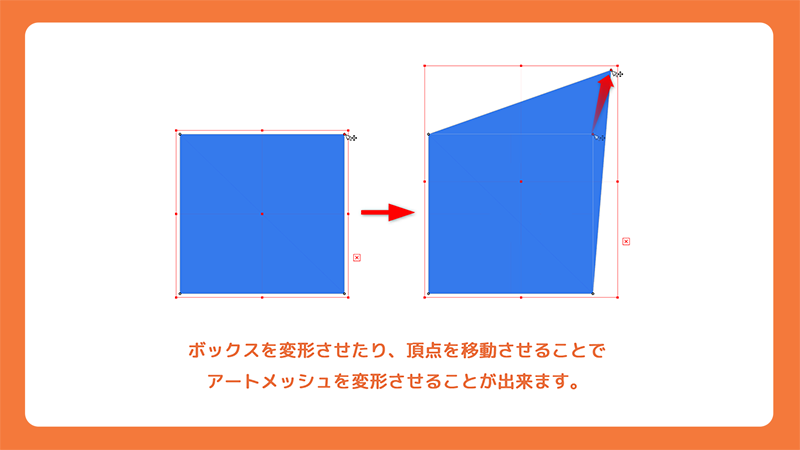 When the ArtMesh is selected, a red bounding box appears.
By deforming the box, the ArtMesh can also be deformed.

Objects can also be deformed by editing the mesh vertices that are broken into ArtMeshes. 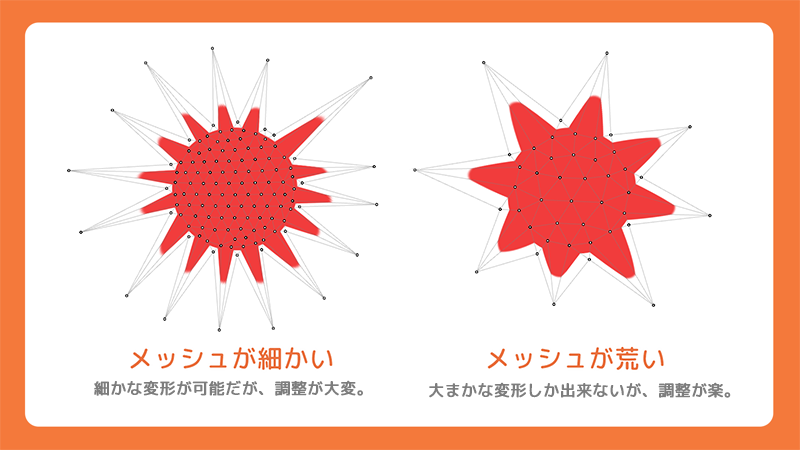 Parameters can be used to add movement to the ArtMesh. 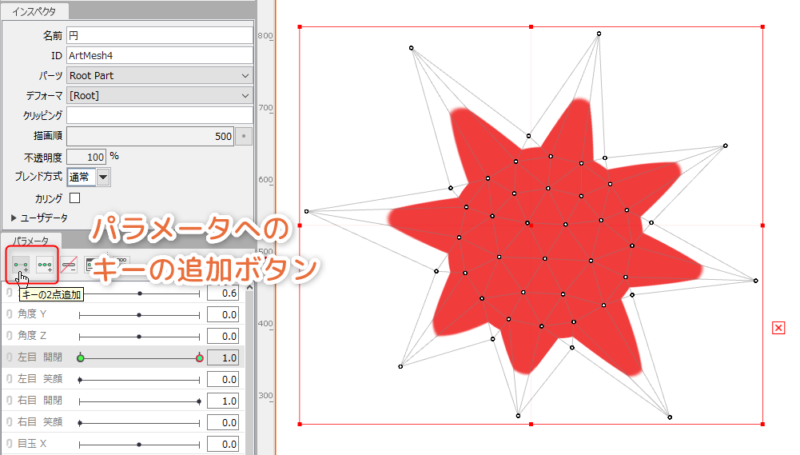 Live2D has a container called a “deformer” that can hold an ArtMesh, which can also be parameterized.
“Deformers” are useful when you want to add multiple movements to a single ArtMesh, or when you want to move them all together.
Deformers can be placed within deformers to create a hierarchy. 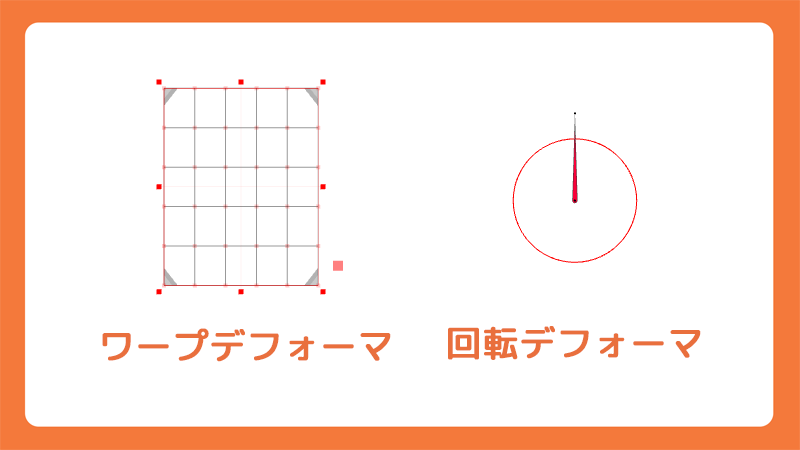 How to make deformers 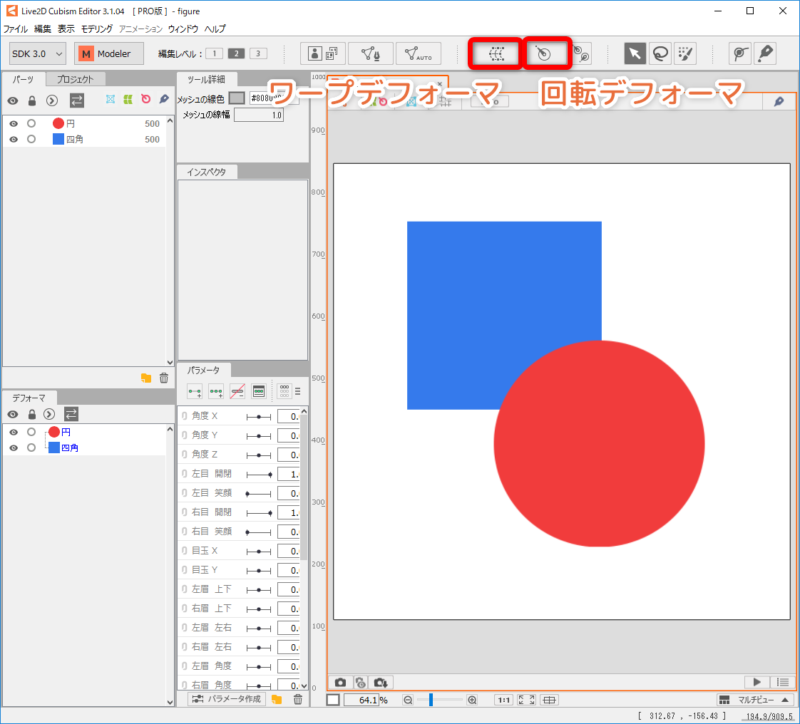 You can create a warp deformer or a rotate deformer by using the menu item [Create Warp Deformer] or [Create Rotate Deformer]. 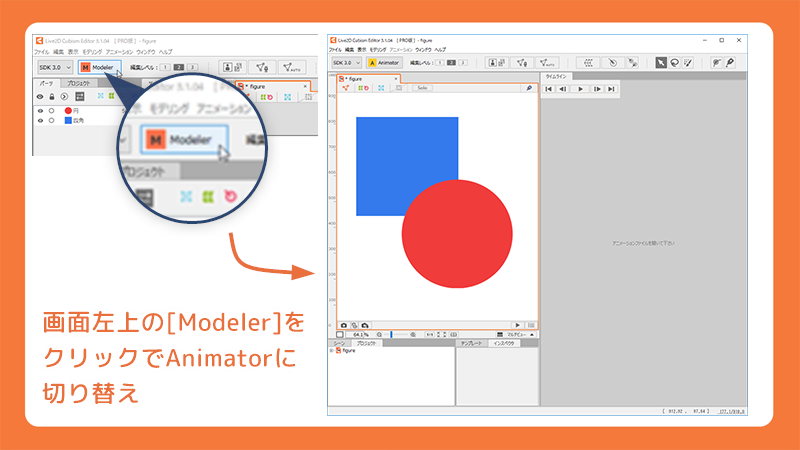 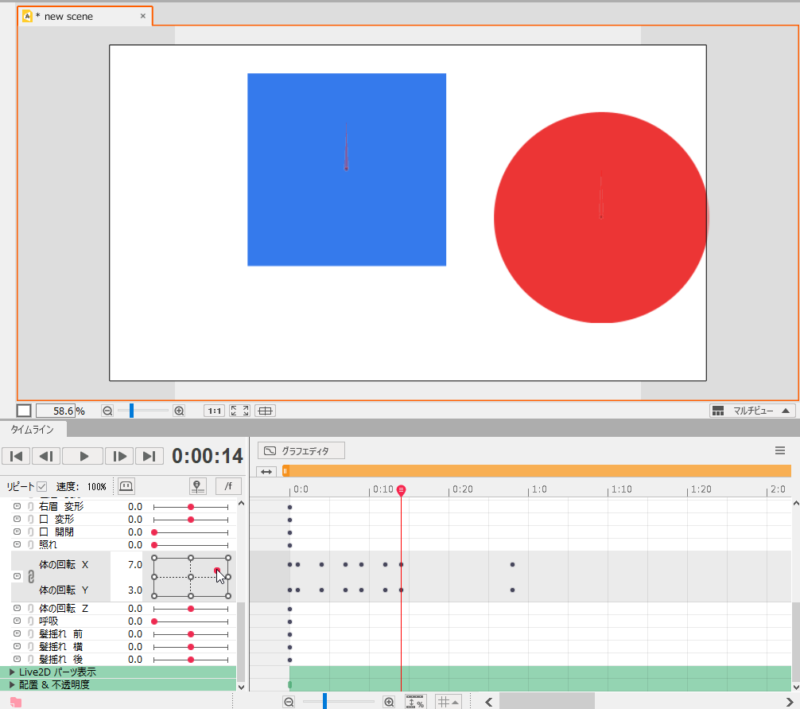 After switching, create a new animation file and drag and drop the created model file onto the timeline palette to load it.
When the model is loaded, a timeline is created.
When a parameter is moved on the timeline, a key is struck, and when played back, the model moves as the key is struck.

This is the end of the video review.
To learn more, please visit the manual site.